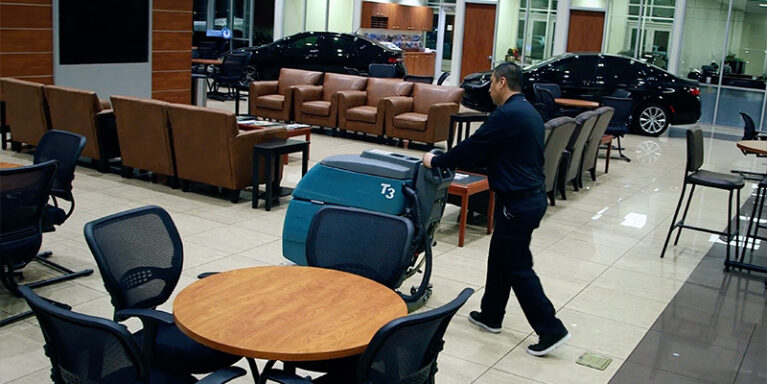 Don’t look at the companies you speak with as a number on a spreadsheet. Get to know what makes them tick. Get to know how their procedures work. Understand why they have a long (or short) history of delivering on their services.

In the last half of 2022, we lost a client we had been serving for over a decade. The following isn’t a sob story, mind you, but a cautionary tale.

When we started working with this client, the reason they selected us was that the provider they had wasn’t doing the work they wanted. This facility has recently undergone some changes. Some of the management had left for greener pastures and a new team was hired to replace them. In our experience, there is a common theme when new personnel comes in. The new team has expectations that aren’t in line with the current scope of the work. Apparently, they didn’t have access to the scope we were working under. So, we provided them the scope fully understanding that it’s usually a sign they’re shopping for a new service provider.

One of the primary concerns prospective clients look for in a janitorial service provider is the price. We completely understand. If you want to do that, we only ask that you extend to us the courtesy to take a look at the new proposals. After all, not all scopes are created equal. Many of the differences are in the fine print.

As I’ve explained before, we’re in the business of educating our clients. From our experience, we know exactly what the new company is trying to do. We feel it’s our professional duty to share our findings regardless of what direction they choose to go.

Unfortunately, with this long-time client, we never got that call. They never took us up on our request to look at the new scope of work. We never received the information nor asked to compare quotes. But it was obvious from our side of the fence that they were going with another company.

About 60 days later, we received the notice of termination of the contract. There was no telephone call, no email, and no discussion to compare the services to one another. Simply the decision to remove us from their team.

However, one of the things that the new team didn’t know was that during this evaluation process, we discovered what the client was planning on doing. How did we know? We knew the other janitorial service provider (who they were looking to hire) was recruiting our staff—literally. They were recruiting our staff to come in and fill the exact same roles that they were performing before.

It’s also worth noting that they’d had some minor complaints about our service and had completely misrepresented them in the scope. But they were trying to use those as a reason to get out of the contract initially, but eventually backed off. The reality is, the client was making a change, more than likely, because of the price. They wanted a lower price. Our company was a number on a spreadsheet for them. And that’s how they thought of it.

You can tell by the actions they took, and the integrity with which they chose not to speak with us. And that’s unfortunate. But little did they know in the time between them giving us that notice, and finishing our final days in the contract, that our team was approached relentlessly by the provider they selected. The new provider tried to coax our professionals to work for them. But, to their embarrassment, the last week before they were to take over, they didn’t have it staffed correctly. The new provider didn’t know how they were going to staff the facility.

Don’t be hypnotized by the sizzle

This is a great example of what happens behind the scenes. When a salesperson comes in and hands you a glitzy, fancy contract and proceeds to tell you the price you want to hear, beware. Behind the scenes, there’s no steak, nothing but sizzle.

We amicably parted ways with this long-term client and thanked them for allowing us to serve them for so long. But my guess is they will be about sixty days into working with their new provider and things will be a mess. Unfortunately, they will be in a difficult spot because the structure of the provider they selected won’t be able to deliver the services they promised in their contract. It’s obvious from the way they recruited our staff. It’s obvious from the way they went about their onboarding process that they aren’t built to handle the scope of work in this facility.

I don’t have a crystal ball and can’t tell the future but I can almost guarantee they will fail. They’re going to fail because we’ve seen this movie a million times and we know how it ends. It’s why we will get a call back six months or a year later, to come back into a facility that we left to make things right. Once the property manager or facility manager realizes they hired a “Trasher and Dasher”—a non-performer. They realized they were comparing the pricing of a non-performer with professionals who have been doing this for over two decades.

I wanted to share this story with you because if you’re seeking a janitorial bid, be careful what you wish for. Be careful who you hire. Don’t look at the companies you speak with as a number on a spreadsheet. Get to know what makes them tick. Get to know how their procedures work. Understand why they have a long history of delivering their services.

Keeping Phoenix Businesses Worthy of The Spotlight… Even After 22 Years

Get a Free Quote